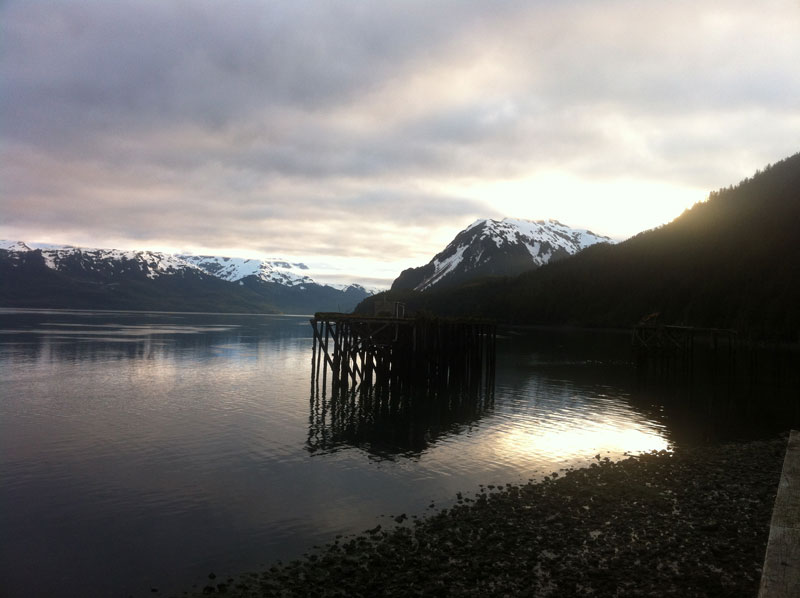 I’ve recently returned from a trip to Alaska (highly recommended!) and there’s one thing that I keep returning to in my thoughts, and I think it’s something that’s going to stick with me.

As you know if you visit any National or State Parks, a big part of their mission is to protect nature, and educate visitors about that protection. What they’re protecting is mostly the same between all the parks, just the setting is different. But, a few of the park rangers in Alaska listed a strange resource they were preserving: Solitude.

Interesting, I had never thought of solitude as being something to protect, seek out or cherish. Perhaps it’s because the term is often mistakenly associated with loneliness. From Wikipedia:

Solitude is a state of seclusion or isolation… A distinction has been made between solitude and loneliness. In this sense solitude is positive.

In Alaska there is a pervading sense of enormity and scale. It can make you feel small and trivial, but not in a negative way. Even when around other people, there isn’t a subconscious press of humans — the space is just too big. The physical wonder of the place leads to a psychological state that I now recognize as solitude. It’s a pretty great place for the mind to be.

In our normal lives it’s hard to attain solitude but very easy to feel the cold grip of loneliness. I think experiencing Alaska and realizing that solitude is something to seek out and preserve has helped me deal with feelings of loneliness that’s all too commonly found in modern society. For that, I am thankful and I feel compelled to carry the torch: solitude is something we should all protect.